Remote.  Quiet.  Slightly odd.  Staying at the Hotel Maria la Gorda and the surrounding area feels a bit like if the hotel from The Shinning was on its own tropical island.  The hotel is geared for large numbers of guests, with individual 1950s commune-style houses dotted all around the grounds, and is by a lovely beach . . . yet . . . as with many large projects in Cuba, it sort of misses the mark – in this case because there is no real reason to come this far to the end of Cuba other than for diving.  Now the diving is great (great visibility in particular), but I can’t imagine there ever being enough divers to fill the facilities.  Kinda spooky, but also very cool and certainly adds to the feeling of being in a bit of a parallel universe as part of an itinerary for Going back in time for a week in Cuba 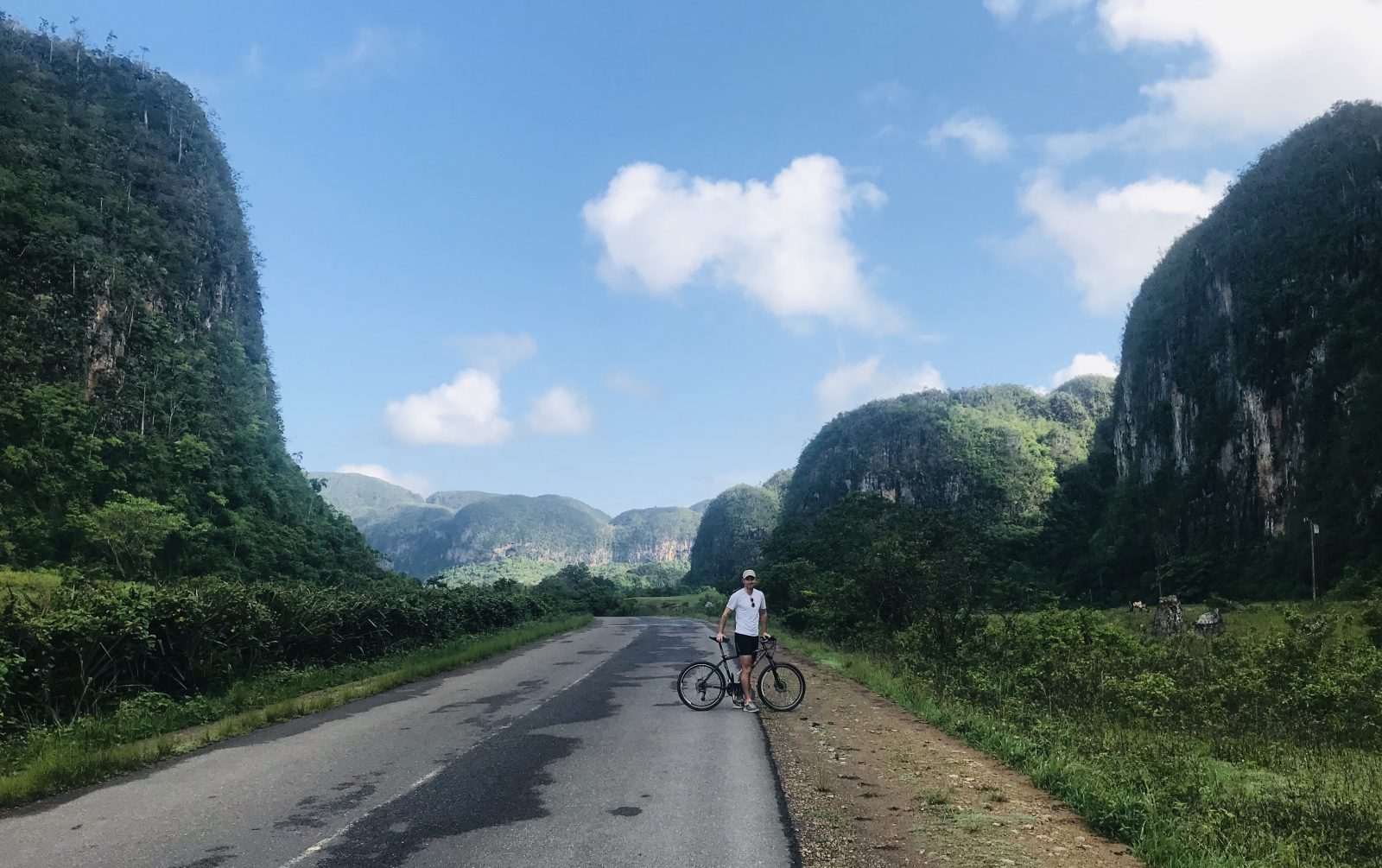 Heading to the Vinales area is all about the broader adventure of getting a feel for Cuba.  The cycling is fun for half a day, the surrounding landscape is nice to look at and the little town of Vinales has some cute restaurants and pleasant main street.  But anywhere else in the world, it wouldn’t really be something to write home about.  Yet, it Vinales being in the Cuban countryside that makes it so interesting and a great stop as part of a week long visit to Cuba (see my recommended itinerary for a week in Cuba here – Going back in time for week in Cuba)