A necessity for many who travel to the Philippines via Manila Ninoy Aquino International Airport, Manila is good for partying and, if you have a spare day waiting for flights, the Fort and Intramuros area is worth checking out.  But, bluntly, considering the traffic (up there with the worst anywhere in the world), dirtiness and general lack of any real highlights, I would sack it off and spend your time enjoying some of the other wonderful experiences to be had in the rest of the Philippines.  Or, if looking for a big developing South East Asian city to explore, put the likes of Bangkok, Ho Chi Minh, Hanoi, Yangon, Phnon Penh ahead of Manila 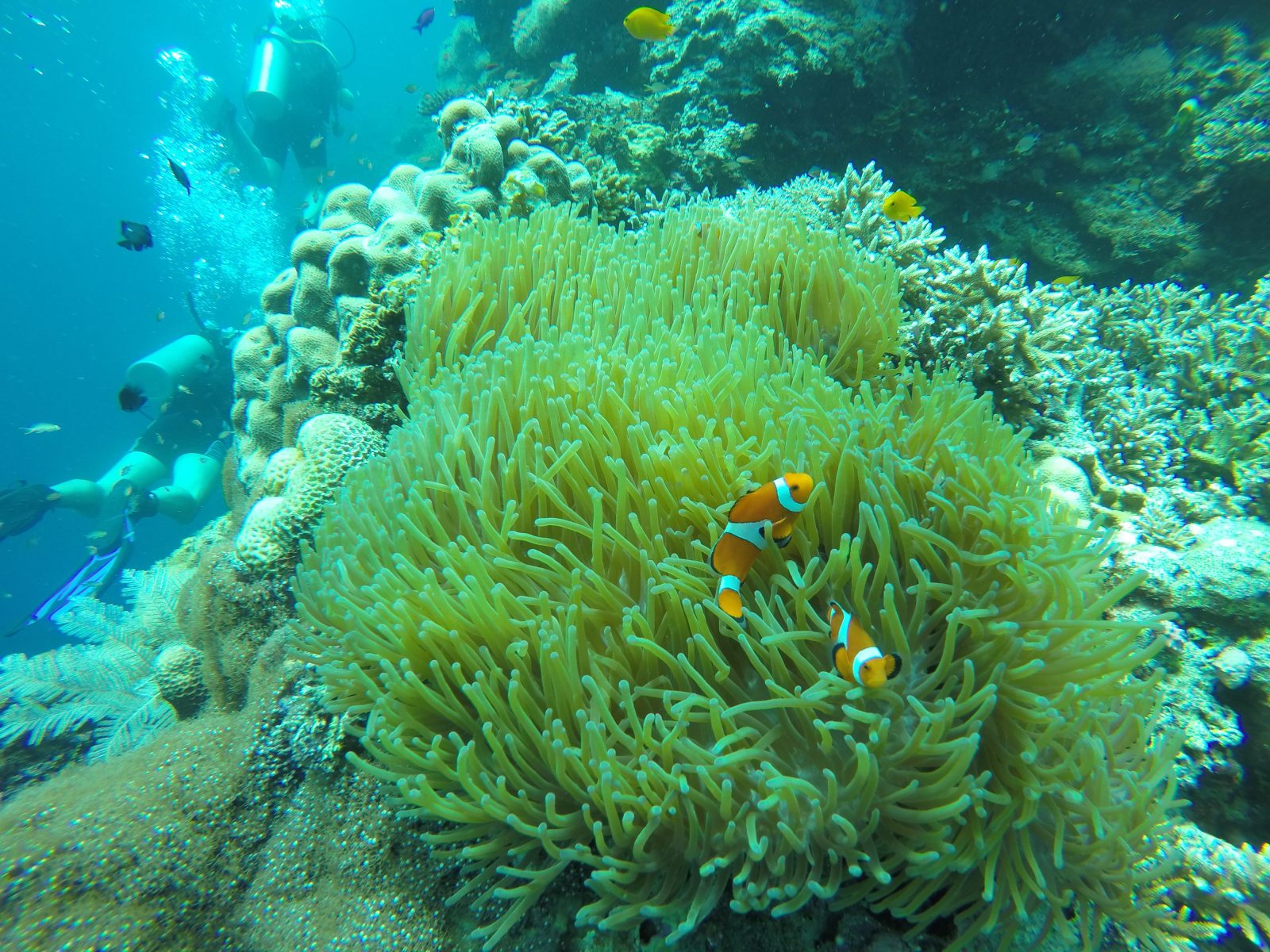 For so many divers its all about seeing a specific thing, like certain sharks, a giant coral wall, or a cave, but sometimes you just want a shallow dive along a beautiful reef with good visibility and in a chilled out tropical beach place.  Balicasag Island, just off Panglao, is the later.  Very nice spot 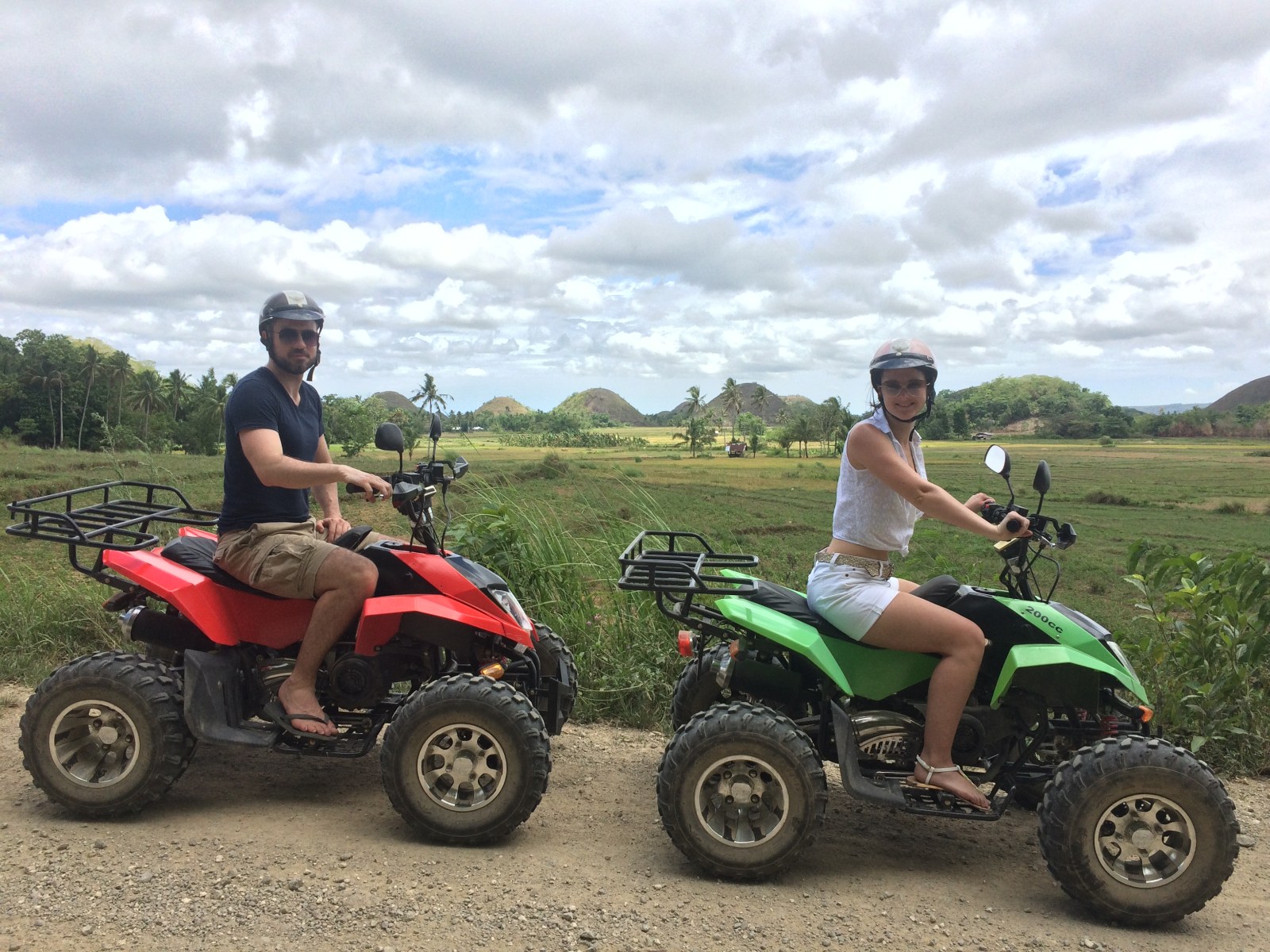 The Chocolate Hills are 1,776 grassy hills in the centre of Bohol Island that turn brown during the dry season, hence the name, and look a hell of a lot like the hills in Super Mario on the Super Nintendo.  They’re nice to look at, but you’ll probably be a bit bored of them after a look from the view point and quick wander around near them.  To make this more fun, and to go more towards that Super Mario vibe, ride around them in quad bikes with a guide – way more fun 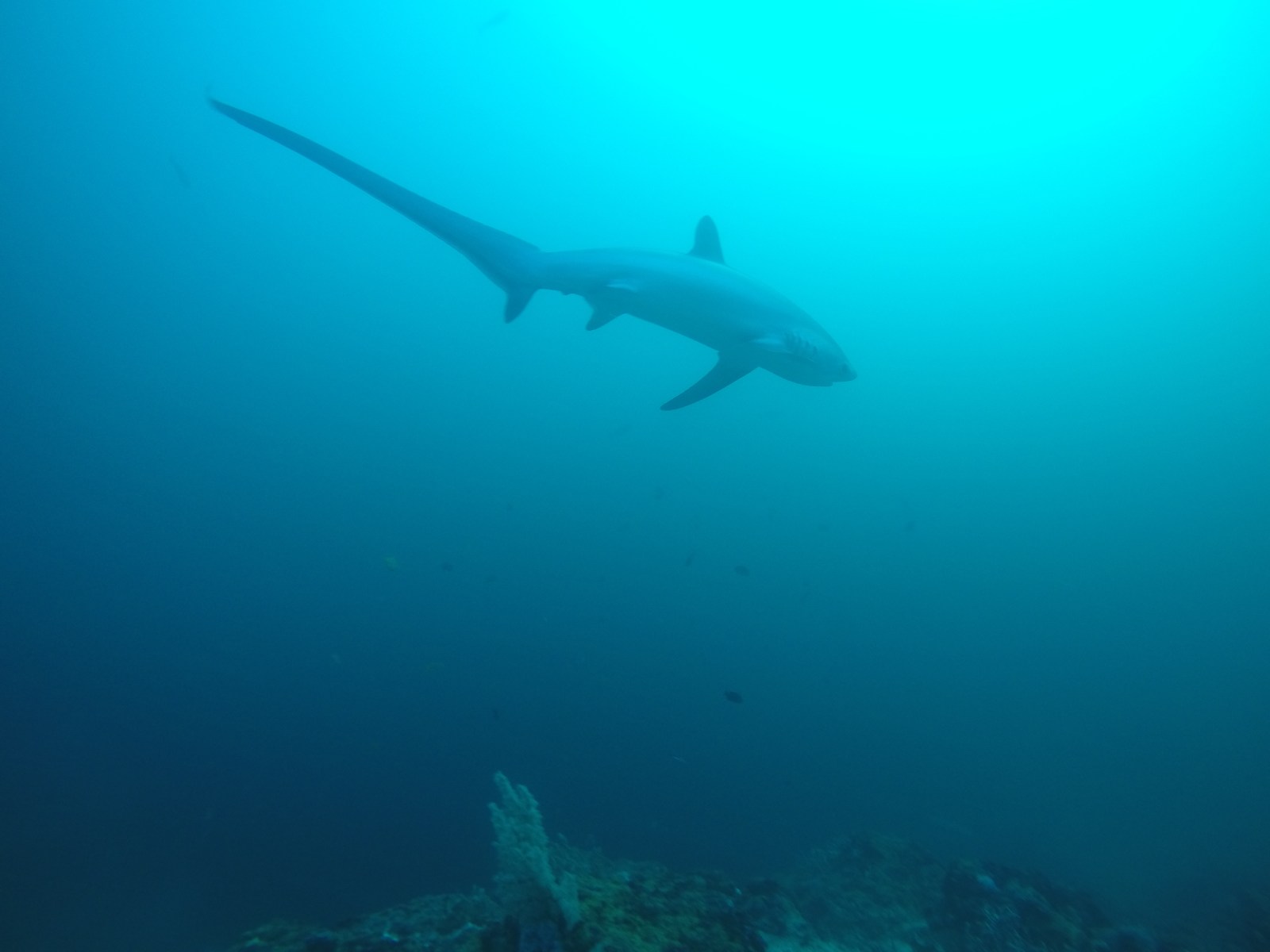 Malapascua Island is the only place in the world where you can regularly see Thresher Sharks – a 6m long shark that has a very distinctive long sloping tail used to stun fish during hunting and, as they usually live at 350m / 1150ft, are very rare to see.  This makes it a real must for divers, but Malapascua is also an idyllic small tropical island to relax on – certainly worth checking out as part of a broader Cebu trip if a non-diver 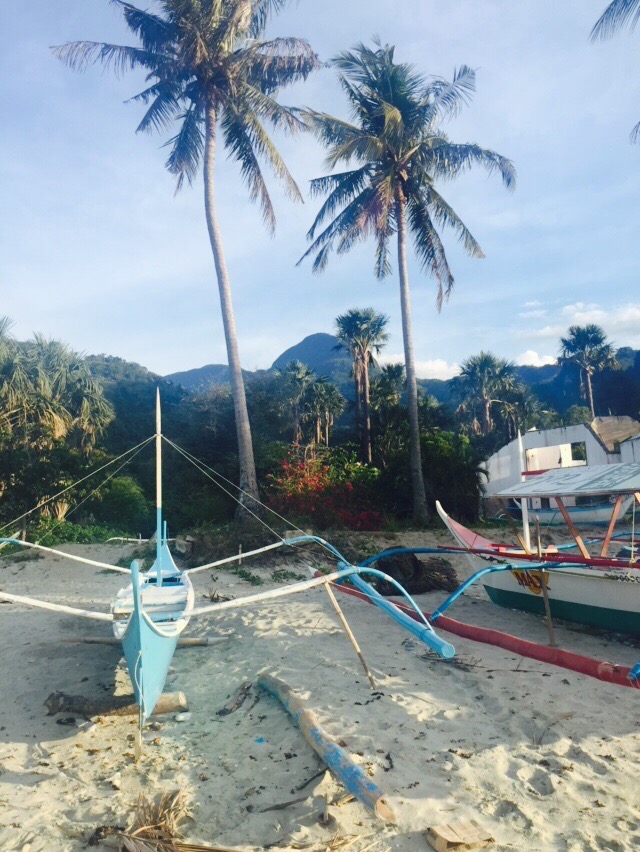 Puerto Galera has a lot of things going for it – in particular its beautiful tropical harbour with surrounding mountains and its ease of travel from Manila without flying (couple of hours drive and then 1 hour banka ferry from Batangas on Luzon).  But it unfortunately just feels like sprawling tourist development done badly, which in the Philippines can be very bad.  The main area of Sabang really encapsulated this with the trash on the beach and the sprawl of beach front restaurants only broken up by speakers designed to break your skull.  To be fair, we had a good time, mainly because we were looked after so well by the staff of The Sunset at Aninuan Beach Resort, and we didn’t try the diving which many people recommend.  But, my suggestion, would be to head out to see some of the rest of the Mindoro island, which is undeveloped and looks to be truly stunning in parts 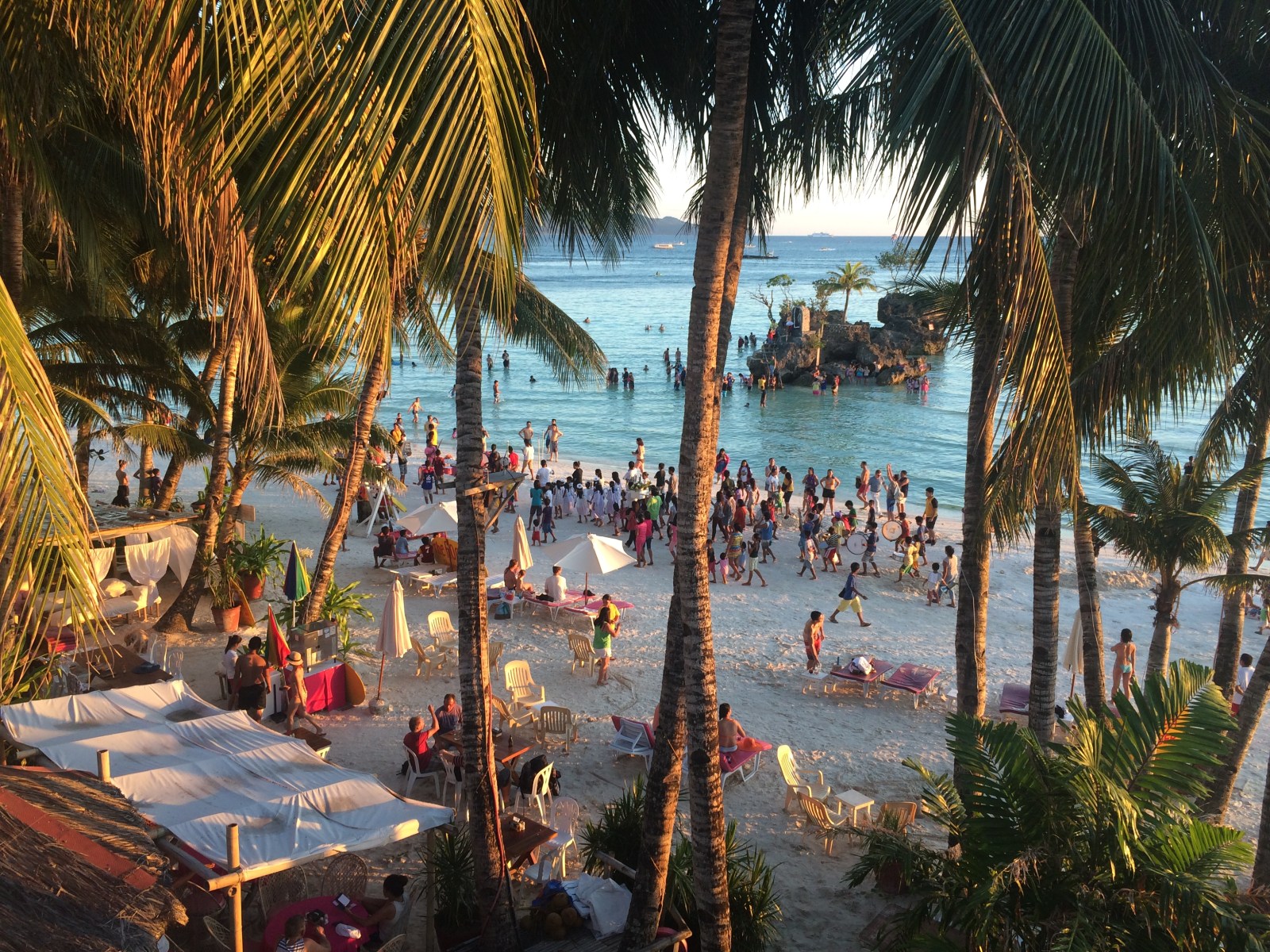 Boracay is the all-too-classic story of breathtakingly beautiful beach and great relaxed vibe gets taken over by mass tourism and development.  If you’re up for a very busy party experience by a beach then you’ll have fun – the beach really is gorgeously white and with stunning sunsets to enjoy (although various spots in Thailand offer this at a better level).  Also, if you’re keen on a similar busy vibe for a base for kitesurfing, then go for it as the beach on the opposite side of the island is very good

But, if you’re not, I think you’ll be disappointed.  Half the beach venues in South East Asia offer comparable beaches, but without such overcrowding and with a more chilled out vibe.  They’re also a lot easier to get to as Boracay often has limited flights with a couple of changes.  The nicer hotels at the far ends of the beaches and over the headlands are an improvement, but you’re paying over the odds for what you’re getting.  I wouldn’t recommend for scuba diving either – I did my PADI Open Water course there, which was fun, but again there are so many better dive spots around South East Asia 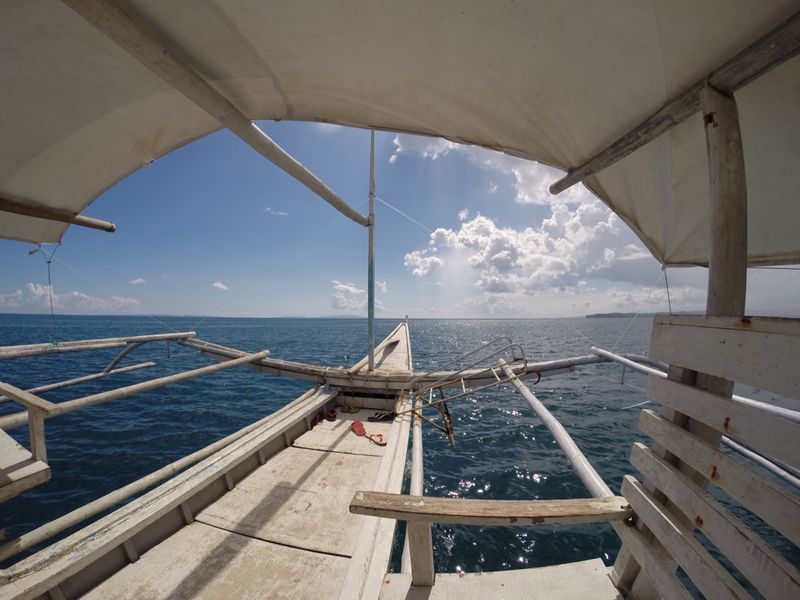 Spending a day or two on one of the Banka outrigger boats, chilling in the sun, enjoying the tropical bay and jumping into the water to snorkel with Whale Sharks.  It’s a great experience and Donsol is one of the very best places in the world to do this.  The only downside is that despite everyone, including the captains, sitting through a video in the visitor centres emphasising the rules and how important it is for only one boat to approach each Whale Shark, there is a mad rush from the various boats to approach it and a similarly mad rush from everyone to jump in the water to swim with the shark.  The unsustainability of this (the Whale Sharks tend to see all the people and dive to get away from them, leading to fewer Whale Sharks), and the general mass tourism feel do, unfortunately, take the shine off the experience a bit

That being said, the rules are said to be now tighter observed and, if you’re keen to swim with Whale Sharks and are unable to scuba dive, this is a far better option than the likes of Oslob (in the south of the Philippines where they feed the sharks and change their behaviour) – both for the Whale Sharks and your experience